skip to main | skip to sidebar

As a Notary Signing Agent I am asked to notarize a variety of documents on a moment's notice. Recently, I received a call from a company that needed a multi-page application form signed, witnessed and notarized by an applicant. The company emailed me the applicant's contact information and a 13-page Application Form. I printed everything, including an extra copy of the application form to leave with the applicant. Only one form needed my notary stamp.

When I called the applicant to confirm the appointment I was informed that he had changed his mind. He no longer wanted the services. I relayed that message to the company who had hired me for the assignment; and was told that they would contact me should the appointment be rescheduled.

That was it. I lost out on a decent signing fee for an appointment that was right around the corner from my office. I was left holding two copies of a document that would be invalid (due to it being dated) by the next day. Do I request a print fee? Technically speaking, I lost money. There were hidden costs: paper, toner, time, phone calls. However, the company made no mention about paying a small fee to cover those costs. Had this transaction been a real estate transaction (purchase/refinance, etc.) print fees are expected and usually paid. This was different. In making my decision whether to invoice the company for a print fee I took the following under consideration:

First, I checked the company's rating on a popular notary public website (NotaryRotary.com). They have a section called Signing Central where notaries across the U.S. rate a company's pay practices. The company in question received four out of five stars with lots of positive comments from notaries. This was a company I wanted to do business with in the future.

Second, I considered just how much paper/toner/time I had really used. Actually it was less than thirty sheets of paper and less than ten minutes of phone time. How much is that really in dollars & cents? I would estimate, less than $15.00. Did it make sense to bill this company $12-$15 especially when there was no agreement that a print fee was part of the contract? What if they didn't pay me? They could argue that I should not have printed the application form until after I had confirmed the appointment. How far was I willing to go?

Third, I asked myself what did I have to gain or lose? This was my first contact with this client. They may have future business in my territory. Did I want to increase my chances of working with a reputable company or decrease those chances? Again, did I want $15 dollars or more business that would pay hundreds of dollars?

I made my decision. I sent an email to the company the following day thanking them for contacting me for the assignment, and asking them to contact me should another opportunity arise. I also informed them about other notary services I provide.

If larger dollars had been at stake my decision may have been different. The possibility of starting a dispute over $15 did not seem worth it to me. A smart business owner, regardless of the industry, knows how to pick his/her battles. I think I made the right choice for me.
Posted by Notaries for Alabama at 10:12 AM 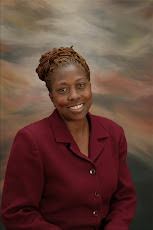